Air-cooled home standby generator sets are usually referred to as “residential units” because that is the primary focus of their designs, and the overwhelming majority of them are used for backup power at private residences. They are quiet, efficient, affordable, and easy to own, operate, and maintain. Yet, for all of the seeming simplicity, their controllers are often quite sophisticated, integrating battery charging, voltage regulation, engine speed regulation, exercising, faults, and event logs, as well as controlling the automatic transfer switch usually paired with the generators. Air-cooled home standby generator sets are available in sizes up to 24 kilowatts, which provides enough power for the majority of homes in the United States.

Some homes, and most businesses, require more than the 24 kilowatts that the largest air-cooled home standby produces. For those homes or businesses (such as banks, gas stations, and smaller retail outlets or manufacturing facilities), liquid cooled “light commercial’ generator sets are available. These units are available in sizes up to 150 kilowatts and use an industrial or automotive style liquid-cooled engine as the prime mover. They are called “light commercial” because they are well-suited to commercial applications that do not have requirements for remote annunciating, highly programmable controllers, industrial transfer switches, etc. that necessitate moving up to an “industrial” generator.

Hunter & Lomison offers a full range of residential and light commercial generator sets from Generac and Kohler. Please contact us with any questions and/or a free assessment of your power requirements. 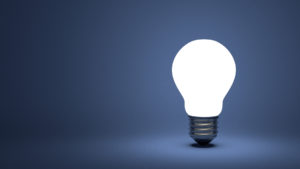 Light is truly the fundamental benefit of a backup power system. While many folks use a system that runs their whole house, some opt for a smaller system that will run only certain circuits that are considered by them to be essential. When deciding which of the circuits are essential and which are not, none of these owners ever says “Don’t bother hooking it up to the lights; it’s more important to run the potpourri warmer and the Xbox.” Actually, customers almost invariably begin the answer with “Well, I want to run some lights…” Our homes are almost never without light of some kind: nightlights, light coming in through the windows from outside sources, clock and digital device displays, etc. Navigating our homes, the walls, furniture, stairways, can be daunting in total darkness. A Generac automatic power system will provide power for you in about 10 seconds so that you won’t have the need to grope around in the dark trying to find a flashlight or candles. 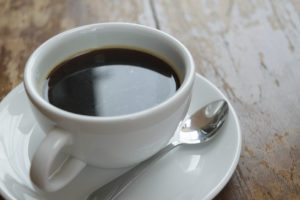 Maintaining a supply of fresh water and getting rid of unwanted water both rank high among the benefits of having a Generac backup power system for your home. Obviously, water for drinking and cooking is important, but it is also essential for toilets to flush, hand washing, showering, and cleaning dishes, among other things. And if you have a sump pump in your basement you probably know that its ability to operate is critical for avoiding expensive damages, such as appliance and structural damages. The staff of Hunter & Lomison will gladly assist you in calculating the size of the Generac generator you will need to run the pumps on which you depend. 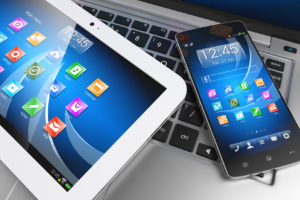 Large and small appliances, even those that are primarily gas-powered (such as ovens or furnaces) won’t work properly or even at all without electricity. Many modern appliances are controlled by sophisticated electronics that won’t work without consistent voltage, such as that supplied by Generac Home Standby generators. Your refrigerators and freezers will keep your foods cold so that not only will you not have to throw away obviously spoiled food but you won’t have to closely examine and repeatedly sniff anything that was in your refrigerator or freezer that you think should still be ok because of a shorter duration loss of power. Other appliances that many consider essential are water heaters, clothes washers and driers, microwaves, coffee pots, computers, and televisions, to name a few.

A married couple took a vacation to New Orleans a few years ago, driving down and staying for 5 days, then driving back. Upon their return, the first indication that anything was amiss at their home was that the garage door didn’t open when the husband pressed the garage door opener inside the car. A late season ice storm had occurred while they were away and had caused widespread power outages. The area where they lived still had not had power restored 4 days after the storm ended and the temperature had risen to normal for early spring. They found that their basement had accumulated water, ruining the carpet and subjecting the paneling and drywall to the formation of mold, because the sump pump did not have power running to it. The contents of their refrigerator and deep freezer were ruined. And worst of all, their security system, which automatically sent a signal to the security company when the home was breached and no code was entered, failed to do so because it had no power and their home had been burglarized. The couple had a wonderful time on their vacation but the memories were sullied. When the husband contacted Hunter & Lomison to inquire about purchasing a Generac home standby power system and telling us this story, he said that the main thing they would remember about this vacation, despite the New Orleans architecture, food, and winning at the casino off of Canal Street, was returning to the “devastation”. He purchased a Generac Home Standby generator and Automatic Transfer Switch capable of running every system in his home and giving him the peace of mind to take his next vacation without worrying about his home.